"You are your experiences"

Here is the longer, fuller story of my life experiences: 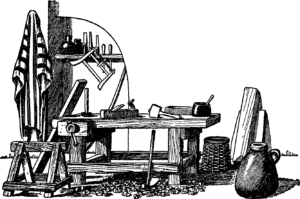 I have been blessed with the good fortune of having varied careers. I spent 25 years working as a woodworker building kitchen cabinets, store fixtures, and very high-end residential furniture, cabinetry and millwork. My college engineering background contributed to this as I could produce detailed plans and drawings for all the different shops where I worked. I also ran my own woodworking business for six years, culminating in fulfilling a commission for building a sailboat. I took on this project less from a knowledge of boat building, more from “I don’t know I can’t do that.” A bit iffy, but served me well at the time.

During the last five years of that career, I began feeling a strong desire for something different, something that involved more people and a wider exposure to the world. I had no sense of what that would be, but knew I had to be doing something different, a different way for me to express in the world. It was also about this time that I began to do some serious personal work, and my sense of dissatisfaction with woodworking fully manifested. Now, I am fortunate and grateful to have the skills of woodworking, to play in the dust and be creative. I have a full shop at my home – my sanctuary and respite from stress and worry.

About this same time I became involved in the men’s work that was happening in the late 80s, early 90s. Aikido was prominent inside the movement, and through that I began my Aikido practice. Serendipitously, it was also how I met Richard Strozzi-Heckler and began to study with him. Richard is the Sensei at the Aikido dojo where I have been practicing for the past 23 years having earned the rank of second-degree black belt. A couple of years after beginning training with Richard, I shifted my personal work to work directly with him. 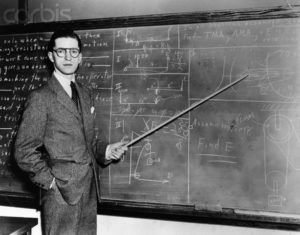 It is through this relationship I became acquainted with somatics. My first course in somatics was through the Lomi School, co-taught by Richard Strozzi-Heckler and Robert Hall. My intention in that course was to find a new career. It was not originally my intention to do somatics, but guess what! My second course was through Strozzi Institute and it became clear to me that my path was to be a Somatic Practitioner. I made plans to shift from woodworking to Somatic Coaching, and in the middle of my third course with the Institute, I was offered a position at Strozzi Institute. It was also during this time that I spent a year working with Robert Hall learning his style of somatics and gestalt processing.

I continued to work and teach full-time through Strozzi Institute for 18 years. I have had the honor and pleasure to teach publicly-enrolled courses in the US, the UK, China, and Singapore. I have also coached many individuals and couples through organizational work and through public courses.

During these years I was taught and groomed by Richard Strozzi–Heckler to become a Strozzi Institute primary teacher in their public courses, a master somatic coach, and a teacher of somatic transformation in organizations. I spent hours, days, weeks, and years watching, studying, and learning with Richard. It is truly my good fortune to have spent two decades with a real master of somatic transformation, to have been shaped by his care and mastery, and to have inherited the depth of this discourse in an organic way. I feel fortunate to have spent years working in the purest aspects of the possibility of somatics. 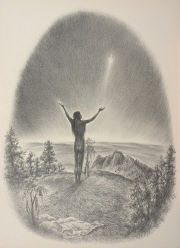 This is a touchy subject, and understandably so. Many people over time have appropriated the ceremonies and practices of first nation peoples in ways that do not honor them or hold their dignity as unique human beings. I have always been leery of those “claiming” to be medicine people or shamans, seeing over and over that the old ways were changed to fit them. When I became acquainted with Arkan Luswala, I wanted to be sure I was not connecting with something new, but with something old. Once I saw that Arkan had full permission of elders from both South and North American indigenous peoples to be leading ceremonies, I became involved. During the 13 years participating in and supporting traditional ceremonies practiced in alignment with his training and direction from the elders, I can feel and sense in my bones the direct correlation between the ills of the modern world and the loss of the old ways in contemporary society. I bring this awareness into Ecosomatics.

During this time I have fully embodied somatic work and am now innovating into my Ecosomatic offer. There is a direct link between somatics, the practice of Aikido, and indigenous wisdom, all of which look to shape individuals to live in alignment with all life. Combining mastery in a somatic tradition, principles of Aikido, and a dozen years practicing and studying indigenous ceremonies and practices, Ecosomatics has come to form.

Coaching individuals is one of the primary aspects of teaching public courses and working in organizations. My coaching has been refined and informed through coaching literally thousands of individuals in these ways, individuals in all walks of life including executives and couples both in and outside of courses. My practice continues to grow with people willing to go deep and who are open to fundamental change. Learn more here.

Partnering with my wife of 40 years to coach couples has added a new level of depth to couples coaching. Madeline Wade has 18 years of coaching expertise, and we bring that complimentary aspect to our coaching. Some of our most fulfilling work is with couples looking to build a solid ground for long lasting relationships. We have spent the last 25 years learning from experts, refining and deepening our own relationship, and with the last 4 years offering that learning to others.  Learn more about Couples Coaching.

I have worked for the past 18 years in many small, medium and large organizations doing leadership development and training. The time of training and working with Richard Strozzi-Heckler as my teacher generated an enormous shift in my ability and capacity to offer sustainable change within organizations.

There are no quick fixes, and sustainable development for teams and organization must be supported within the organization and take place over a horizon of time. I have had the good fortune to see first hand what it takes to make a difference. An honest alignment of critical factors including good leadership, commitment to change, and the care of people beyond the workplace, to name a few, are necessary to produce exceptional results. I am a commitment to that alignment in the projects I have undertaken.

During this time I have worked with a wide variety of organizations including AARP, Capital One, Cisco Systems, Dressbarn, George Mason University, Hoffman Institute, MataDesign, Maurices, Norvo Nordisk, Texas Utilities, Thompson Family RV, various Vistage groups, and many other small to large organizations.

It is through the decades of study and practice that has allowed me to develop mastery in multiple domains. The result and benefit of this mastery is that it is now my great pleasure to offer my own brand of organizational development and coaching — Ecosomatics. My offer brings in the width and breadth of the wide variety of studies, experiences, and practices I have been involved with in my life. Learn more about Organizational Reshaping.

The Lomi School of Somatic Studies

“Try as much as possible to be wholly alive, with all your might, and when you laugh, laugh like hell and when you get angry, get good and angry. Try to be alive. You will be dead soon enough.”
– William Saroyan