Who I Work With

"If you do not change direction, you may end up where you are heading."

Over the past 20 years, I have worked with several thousand people from all walks of life. I've worked in small, medium and large organizations doing trainings and leadership development through Strozzi Institute. In all of these engagements, I coached people for a wide variety of reasons. Some coaching has been directly oriented to their positions in the company and their leadership roles, and other coaching has related to very personal issues.

What is true in all situations is that the results of basic, foundational change will affect all areas of people’s lives — both professional and personal.

I have also spent those 20 years teaching publicly-enrolled courses through Strozzi Institute. In those courses I have coached leaders, coaches, therapists, business owners, couples, farmers, fishermen, clerks, college students — a great cross-section of humanity. The common denominator is the desire or need for change.

The consummate professional, Mark has been successfully building trust and galvanizing organizational performance with diverse clients since 2000. Whether working with managers at the grassroots or executive level, Mark enables leaders to broaden and deepen their capacity to successfully manage change and uncertainty in a dynamic global environment.  As someone who has counted on Mark to strengthen my ability to lead high-performance teams in risky hot spots worldwide, I know from direct experience that Mark always delivers top-notch training that makes a significant impact. –Fred Krawchuk, Senior Business Consultant with Aperio International and former U.S. Army Special Forces Colonel

People I have worked with over time have been looking for things like dignity, peace, happiness, relationship, spiritual connection, satisfaction, and more depth in their lives. People have wanted to move through change, transformation, transitions, breakdowns, or go beyond being stuck in life.

Mark is an expert facilitator and coach, and I have witnessed him guiding people through major transformations in their personal and leadership development, which they have experienced as profound. He has the capacity to see what is required for people to grow and develop and expertly intervenes to provide what is needed. He is a masterful coach and a joy to work with. –Pete Hamill, Managing Consultant, Uncommon Leaders Ltd, Author of Embodied Leadership

Here are examples of clients I've worked with. (Names and situations have been achanged for privacy) 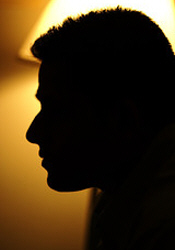 Tom, a corporate director, worried constantly about having made a mistake in his work, yet uncovered, that might bring disastrous consequences. The worry extended over years of previous work, none of which had showed up as having mistakes.

The worry would be incapacitating at times, producing an inability to make decisions or take appropriate action. If a situation opened that had the possibility of revealing a mistake, it would be that much worse. This produced assessments of Tom that he was ineffective and unable to make decisions. For any chance of advancement, this needed to change.

Our work together uncovered a historical perspective of impending danger, compounded with the more recent experience of a sudden and unexpected death in the family. This “structure of impending doom” was deep in his system, and it produced a collapsed shape (waiting for the other shoe to drop), pervasive negative self-stories, and a background of anxious worrying.

Even though a lot of the time Tom could say he was happy and having fun, this background was close to the surface and triggered very easily. Through a process of understanding and feeling the historical shape, the imprinting of a new set of positive stories, practices for moving from reaction to appropriate response, and a diligent focus on reshaping the body, things changed. The worry diminished greatly. Tom gained the ability to hold up his head in dignity and to take bolder, more decisive action with much less fear. 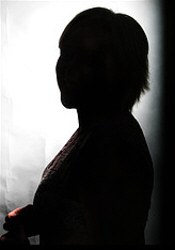 Barb, who worked at a tech company, was assessed as being too pushy, upsetting many of her team members. She had the cognitive ability and the competency to see possibilities and answers to questions very quickly, quicker than most. She would get impatient, testy, and abrupt for the sake of efficiency and moving things forward. Others on the team would take this personally as a critical critique of their performance. This was complicated by having a boss who made the request for her to be straightforward, direct, and to move things forward quickly.

In exploring the situation with Barb, it was revealed that she was organizing around the need to be seen as capable. Any time this was questioned or that she thought it was being questioned, she would become defensive and start to push back. She could see there was a physical shape that her body took in this defensiveness. Once she understood the dynamic she was acting out of, was able to feel the emotional result, the physical shape, and the energy and sensations related to this dynamic, she was able to make more choices about her actions in the moment.

Through this awareness and understanding of her own reactions, Barb was also able to understand that when others overreacted it was not necessarily about her. Building on this new awareness and ability to make new choices, we worked together to build skills of greater connection, better listening, and more dignified responsiveness. This work resulted in her team having a very different assessment about her. 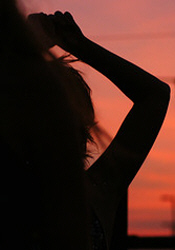 Tara was looking for a primary relationship – a life partner. She wasn't finding anyone. This left her frustrated and believing there was something wrong with her.

In observing her shape and how she organized energy within herself, it was clear that she was lacking the body of an invitation.

My work with her organized around forming a deep understanding that she was fine just as she is and a reshaping of her physical structure, the self that she is. We looked at her historical shaping which produced stories of "being something less than other people." Understanding that this was an historical process instead of the present-day reality gave her space and freedom from her old stories.

We looked at how her shape, her actions, the set of her face all contributed to holding others at a distance. Through practices that helped reveal this to her and reshape her, she was slowly able to reshape into the body of an invitation. Within two months after we completed our work, she met someone. Six months later they made the request for me to officiate their wedding.