Aligning People and Practices with Values

Since beginning working with businesses many years ago, I have been intrigued with the myriad complexities and dynamics at play. From individual historical shaping, leadership individual and team dynamics; to historical practices of the company, cultural practices, and mission and values alignment. Now let's get all of this aligned, working smoothly, and being successful.

My specialties include personal development, team cohesion, cultural practices, and supporting the embodiment of the "planet" part of triple bottom line.

The consummate professional, Mark has been successfully building trust and galvanizing organizational performance with diverse clients since 2000. Whether working with managers at the grassroots or executive level, Mark enables leaders to broaden and deepen their capacity to successfully manage change and uncertainty in a dynamic global environment.  As someone who has counted on Mark to strengthen my ability to lead high-performance teams in risky hot spots worldwide, I know from direct experience that Mark always delivers top-notch training that makes a significant impact. –Fred Krawchuk, Senior Business Consultant with Aperio International and former U.S. Army Special Forces Colonel

Here are examples of business clients I've worked with. (Names and situations have been achanged for privacy) 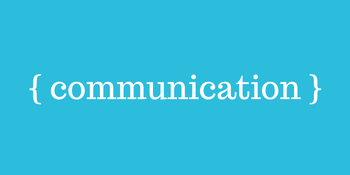 I worked with a family run business of large ticket items for about 10 years. When I first arrived it was clear that the family dynamic was interfering with the success of the business. The second generation was in charge, several brother and sisters and their spouses. See any possible breakdowns here? The business was successful, making a profit, and there was discord and ineffectiveness on the leadership team. As much as they were trying not to, and much was invisible to them, sibling historical patterns and relationship patterns were very alive within the business.

I began with revealing current dynamics at the top, bringing explicit from the implicit. From there offering new possibilities and doing some individual coaching with key players. Once revealed, things began to change. I then introduced Speech Act Theory (Fernando Flores' work) as a structure for communication, accountability, commitment and trust. With that was training in Centering and Grounding, real connection to others, and practices for taking responsibility for their individual "stuff."  This worked so well they later declared a demarkation from how they used to do things (old patterns), to new practices and patterns. The results showed up as a change to basically no negative customer reviews - some customers just wanted to be around them they worked so well together - to much higher levels of employee satisfaction and increased profit.

Over time I supported the organization in implementing these practices throughout the company while ongoingly reinforcing the new practices and bringing in more and more new practices and refinement. Part of the result was a shift from a very top down organization to a disemination of responsibilities and the formation of employee teams (self-formed and regulated) to offer assessments and suggestions to the leadership team. Ongoing individual coaching of key employees continued throughout this time.

While supporting secession planning, the family received an offer to buy the business. This was a very difficult decision that took some time to move through to get agreement. It wasn't their plan, and it became their plan. What made their business appealing was the level of customer loyalty, referral record, and they were making the same sales numbers with half the number of sales people as the buyer. The buyers wanted what this company had. The sale was successful.

I have worked with Mark Mooney for over 10 years, both on a personal and professional level. I must say that I am in a much better place because of our work together. After my first personal meeting with Mark long ago, I knew that if I brought him into our family business and had commitment from all our staff that we could make our company (as Jim Collins stated in his title book) Good to Great.  Over a series of years and daily practices in living our commitment to making our company great, it became natural, less stressful, and very positive; not only for me and all our owners, but also our managers and staff. And, retail customers came in increasing numbers!
Then it happened, we received a call to purchase our business after they had seen our increased profit, our positive reputation, respect from our industry peers, and customer satisfaction levels at the top of industry standards.
Many of my family members have also worked with Mark Mooney over the years.  My entire family and company members are extremely thankful for Mark’s guidance both personally and professionally.  Mark Thompson, former business owner 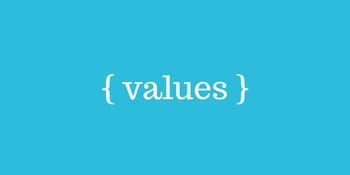 I was asked to support a medium size business in reshaping and fully practicing their values. I coached the partners for several months to assist moving through a process of  determining their values. They had been in business for about 10 years and had good growth during that time, and now with more employees it was time to re-evaluate the base and ground of their company. Though local in scope, they depending on agricultural products from around the world, support small famers, most from indigenous communities. Their values had a very broad scope of inclusion.

I began with a process of, "How do your know your own truth?" There didn't want to just be making decision from a purely cognitive orientation which had supported them in the past, and the know there was more. So we began a practice of deep listening to verify current values or shift them if that was what this listening produced. They were not only deeply listening to themselves, they were also listening to universal values of supporting all life. They wanted to really live these values in the company, not just have them as good ideas.

They next took this set of values to their employees receiving feedback and more ideas, and most importantly enlisting the employees into a company decision, not just a leadership decision. At this point I came into the company to support aligning these values to day to day activities and the "how" of working together. We examined what current practices fit and designed new practices to reinforce the values. Not just designed the practices, but looked at the individuals and their own shaping to see what would be easy and what would be hard to maintain.

During the space between the first and second visit, I coached members of the leadership team to support their development of living the new values, assess from their own shaping what might be difficult and how to manage their "stuff." The second visit refined the practices company wide, and dove into what was easy and what was hard to assist the perpetuation of the new practices. This ensures the shift from just good ideas to a literal reshaping of the cultural practices of the company to align with their values, truly living triple bottom line.

A very large corporation was having difficulty with their various internal teams who were becoming more and more territorial, blaming, and insulated. Not only was this being reflected between teams, but also within the teams themselves.  The negative results of this was a real slow down of project progress, many do-overs within teams, and breakdowns in communication, trust, and accountability. I was asked first to assess what was going on and make suggestions on how to shift out of this breakdown.

I sat down with various teams and team members, and members of the leadership team to see what was happening. This is what I saw: A lack of personal accountability, lack of strong and capable team leaders, gossip, unresolved issues and breakdowns that produces resentments, and basic communication breakdowns. The leadership team was very directive, and out of touch with the reality of what they were asking for. They did not seek assessment of possibility from those "on the ground." This mistrust became a cultural practice and bled downstream into the various teams and individuals. Engagement and workplace satisfaction was low.

Offering these findings to the leadership team resulted in a series of development trainings, looking to instill new practices of accountability, team cohesion, personal responsibility, and effective communication. Different members of the leadership team attended trainings to show their support and willingness to be vulnerable with their employees. This was a very powerful and effective move that enrolled most of the employees. The trainings were also designed to benefit not just the effectiveness of the employees at work, but in their whole lives. A beautiful gift to the employees, and they were grateful. Many people expressed that the program was life changing for them.

The practices brought to these development conferences were awareness of and management of reactiveness, presence and connection to other, martial practices to enable taking a stand, physical, martial team practices of leadership and coordination, and Speech Act Theory practices. There were team games designed to reveal how teams solve problems that ultimately demanded cross-team cooperation.

It took time to move through the whole organization developing groups of 30 at a time. At several points in this time period, the leadership team would ask why some of the practices were not really taking hold as expected. I would ask if the leadership was fully taking them on - and the answer was an honest no. This happened about 3 times, until I finally corralled them into a training just for their team that refined their practices with a commitment to live the practices. From that point on, things really began to shift throughout the organization.